A sting inverter tends to be what comes to mind when most people think of a solar inverter and is the most common. Most residential systems use 1 string inverter that is usually located a short distance away from the array in a sheltered location between the solar array and the switchboard. A string inverter is connected to a series or “string” of solar panels and converts the power from DC electricity in to AC electricity. Being wired in series means the voltage adds up as the string goes on. The string as a whole is then wired to the inverter. This means high voltage electricity is present. Being connected in series also means these inverters can only perform as well as the lowest performing panel. 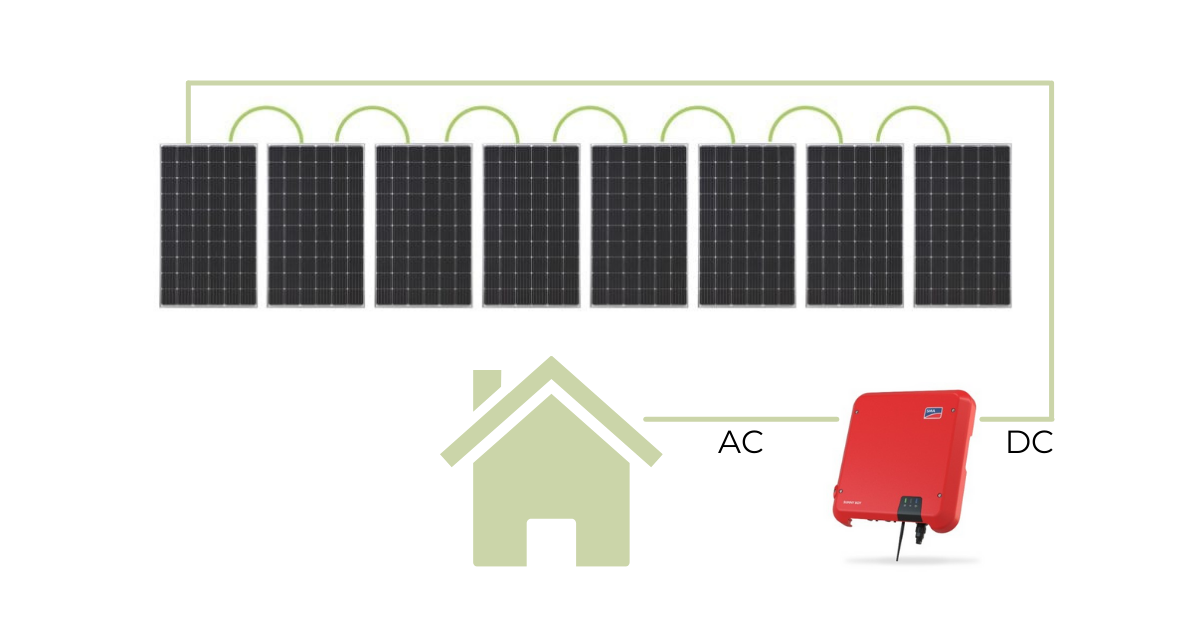 A micro inverter converts the power generated at the solar panel from DC electricity to AC electricity by having an individual inverter attached to each panel. With micro inverters each panel operates independently, meaning if one panel malfunctions or is shaded the other panels will not be impacted. Because each panel has it’s own inverter that converts the electricity into 240V AC they can be wired in parallel. Being wired in parallel means the voltage doesn’t add up like it does when wired in series or ‘in a string’. This means the system will not produce and dangerous high voltage power. 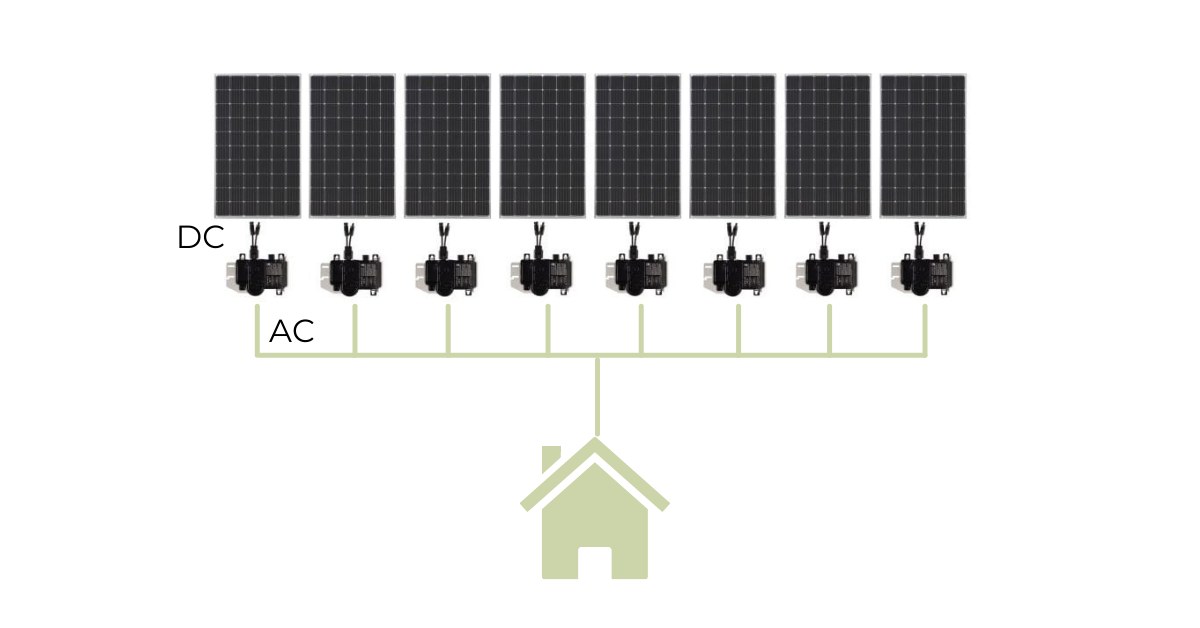 One advantage of microinverters is that there is never a single point of failure that can affect the whole system. Due to the independent way microinverters operate, they result in a more effective output overall. As each panel is independent a shaded, dirty or under performing panel does not bring down a whole system. In comparison if one panel in a string inverter system is under performing the whole string of panels that it is connected to will suffer. 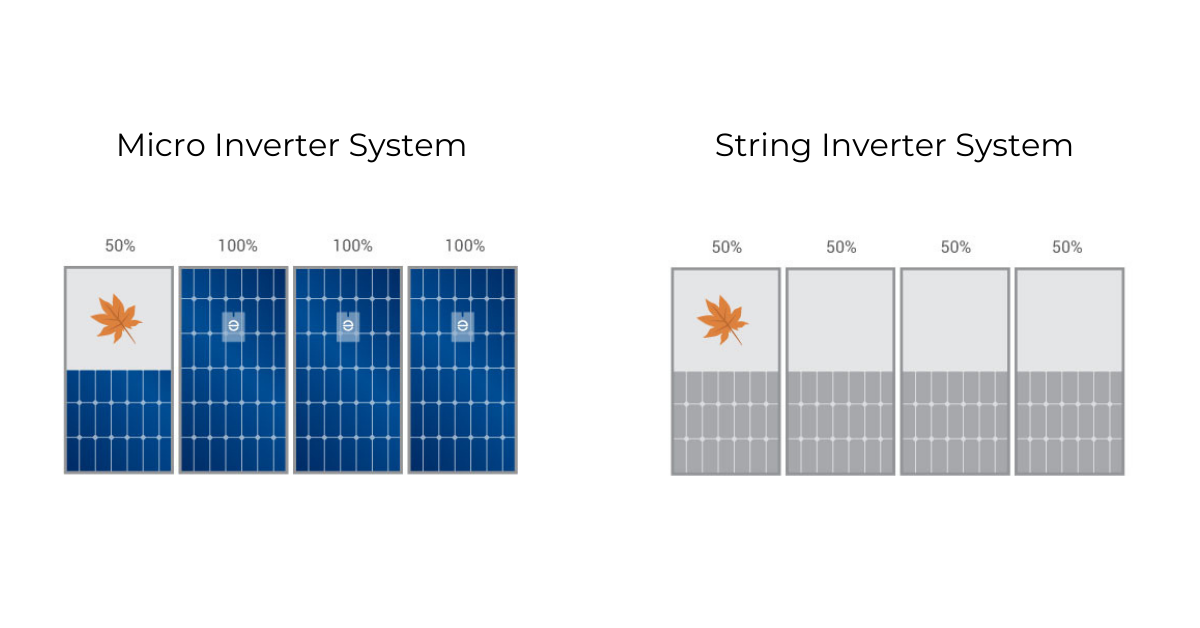 The conversion from DC to AC electricity happens at the panel level. This means there is never any high-voltage power traveling through your system. Traditional string inverter systems can have around 600V DC running through your home. High Voltage DC can be very dangerous and should be avoided when possible. Faults with high voltage can result in fire or electrocution.

String inverters are limited to the number of panels that can be connected to them. This means expansion of the system down the track is not straight forward. A micro inverter system can be easily added to. All you need to do is add more panels and more microinverters.

Why We Use Them

At Stralis Energy we pride ourselves on using the most current and reliable technologies. Our engineering background means every system that we design puts efficiency and performance first. Micro inverters have allowed us to really dial in our systems resulting in increased system output and increased safety. Micro inverters such as the Enphase inverter are also battery compatible. If you are interested in discussing the micro inverter option for your system please get in touch.